We celebrate individuality, authenticity, diversity, and real beauty. Our mission is to create dynamic and significant Daymaking experiences that positively impact people, society and the world at large. Our vision at Juut is to transform the world with beauty.

With this mission in mind, we knew we needed something bigger than words to get our point across. In 2018, we began featuring our clients in photoshoots and marketing to drive our mission home. Everyone is welcome here. 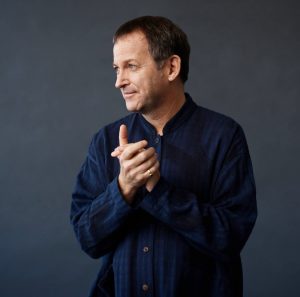 In 1977, David Wagner, owner of Juut Salonspa, attended the Horst Education Center to begin his career as a hairstylist. It was then that his long relationship with Horst Rechelbacher, the founder of the Aveda Corporation, began. David began working as Horst’s assistant after graduating beauty school, followed by an upward move through many roles including stylist, salon manager, and vice president of the organization. In 1986, David left to start his own salon in Uptown Minneapolis and by 1989, David and Horst merged their two companies to become Horst Salons, Inc. In 1991, David bought Horst out of the partnership and ran the salons as Horst Salons until 1998 when he bought the Yosh Salon in Palo Alto, California from famed stylist Yosh Toya. The group of salons changed names from Horst in Minnesota and Yosh in California to Juut Salonspa in 1999. The name Juut was chosen by David and his wife, Charlie, because it means “to uplift humanity and serve others.” In 2015, Juut acquired two additional salons in Arizona, previously known as Mood Swings.

The entire collection of Juut Salonspas now covers three states, Minnesota, Arizona, and California, including eight operating salons and one retail store. As a whole the company employs over 400 Daymakers and is proud to serve their communities by encouraging individuality, authenticity, diversity, and real beauty.

In addition to his role as owner and Daymaker at Juut, David is the best selling author of Life as a Daymaker: How to Change the World Simply by Making Someone’s Day. He travels internationally speaking to businesses, schools, and organizations to share the Daymaker Movement.